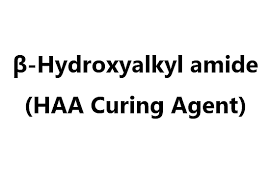 As the future of TGIC is uncertain,manufacturers are searching for an equivalent replacement for it. HAA curatives such as Primid XL-552 ,developed and trademarked by Rohm and Haas,have been introduced. The chief drawback to such hardeners is that, since their cure mechanism is a condensation reaction, films that build to thicknesses exceeding 2 to 2.5 mils (50 to 63 microns) may display outgassing ,pinholing ,and poor flow and leveling . This is especially true when these curatives are used with the conventional carboxy polyesters designed for TGIC combinations .
The new generations of carboxy polyesters , developed or being developed by EMS,Hoechst Celanese,and Ruco, for use with Primid XL-552,alleviate most of these problems,however.Data recently established by Hoechst Celanese,for example,indicate that Primid’s weatherability is improved by using less than stoichiometric amounts of hardener. The same results can be achieved by adding a small amount of blocked isophorone diisocyanate (IPDI) to a fully stoichiometric Primid system,which effectively neutralizes some of the HAA. Furthermore ,data gathered after exposing the new generation of carboxy polyester/HAA and traditional and advanced carboxyl polyester TGIC system to Florida sunlight for 2 years show that these chemistries weather comparably . And the Florida testing that we conducted indicates that a variety of colored Primid systems display less loss-of-gloss fluctuations that conventional TGIC systems that have similar pigmentation and filler content.
Some surfactant-type additives may allow films to build up to 3 mils (75 microns) without showing outgassing or other major surface problems. Diphenoxy compounds are being combined with benzoin in carboxy polyester HAA chemistries for better film appearance and decreased yellowing.
Some new generation carboxy polyester / HAA systems are capable of being fully or sufficiently cured at temperatures as low as 138C for 20 minutes, as long as full ratios of stoichiometric resin to hardener are used . Powders formulated from these systems have possibilities as coating for nonmetallic substrates.