Types of Matting Additives Used In Powder Coating or Paint 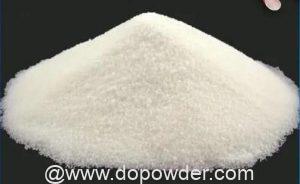 There are four Types of Matting additives Used In Powder Coating Powder or Paint.

In the broad field of obtainable silicas for matting there are two groups which differ in terms of their production process. One is the hydro-thermal process, which produces silicas with a relatively soft morphology. By using the silica-gel process products can be obtained which have a harder morphology. Both processes are capable of producing standard silica and after treated products. After treatment means that the silica surface can be partially modified with organic (waxes) or inorganic materials. Compared to silica-gel matting agents, modified silica possess a different particle size, particle size distribution, in the pore volume. Hydrothermal matting agents are different in particle size and distribution. We can also find untreated and treated materials. Currently there is only one product popular for specific application, which is produced according to pyrogenic process, and shows a very high matting efficiency, especially in water-based systems.

Synthetic Aluminum silicates are applied in emulsion paints primarily as a high quality extender to partly replace the Titandioxyd. However, they may also be used to impart an evenly balanced matting effect into the dried emulsion paint. In long oil Alkyd systems they work as a matting agent, but must be dispersed with pigment and fillers. Matting silicas are used in all-coating systems, though not in powder coatings.

Today, there is a diverse range of waxes on the market. The most used waxes for coatings and inks are based on Polyethylene, Polypropylene, Carnauba, Amid. Waxes products based on Polytetrafluorethylene PTFE are also used as matting agents.

In contrast to silicas, waxes modify the surface properties of a paint film by floating to the top of the surface. This phenomenon affects the following properties: the degree of matt / gloss; slip and mar resistance; anti blocking and abrasion properties, anti settling and surface tension.

Most of the products are delivered as micronized products, which are available in a wide range of concentrates that are based on wax emulsions. Dispersions differ according to particle size and particle size distribution.

Although the appearance of paints change through the addition of previously mentioned matting additives, the performance is not affected. By using specific fillers we clearly increase the Pigment-Volume-Concentration of paint involving with all the side effects it implies. That’s the reason why this method of matting is limited for only pigmented, economical lower classes paint systems.

The fillers with preferential narrow particle size distribution have to disperse together with the pigments. To adjust a required gloss degree it is praxis to adjust it by using stir in Silica at the end of the paint production process.

With modern grinding techniques it is possible to grind plastic material based mainly upon Poly methyl urea resin. Such products have a low influence on viscosity, they show temperature stability up to 200°C, they have good solvent resistivity, and they are easy to disperse.

All in all, All the matting additives which are used in the powder coatings or paint field, have their benefits and advantages.