Home » What is the Production Process of Polyethylene

What is the Production Process of Polyethylene 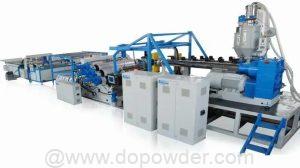 The production process of polyethylene can be divided into:

The high pressure method is used to produce low density polyethylene. This method was developed early. The polyethylene produced by this method accounts for about 2/3 of the total output of polyethylene, but with the development of production technology and catalysts, its growth rate has been significantly behind the low pressure method.

A method of polymerizing ethylene into low-density polyethylene using oxygen or peroxide as an initiator. Ethylene enters the reactor after secondary compression, and is polymerized into polyethylene under the pressure of 100-300 MPa, temperature of 200-300 °C and the action of an initiator. The polyethylene in the form of plastic is extruded and pelletized after adding plastic additives.

This is another production process of polyethylene , it has three types :slurry method, solution method and gas phase method. Except for the solution method, the polymerization pressure is below 2 MPa. The general steps include catalyst preparation, ethylene polymerization, polymer separation and granulation.

The resulting polyethylene was insoluble in the solvent and was in the form of a slurry. Slurry polymerization conditions are mild and easy to operate. Alkyl aluminum is often used as an activator, and hydrogen is used as a molecular weight regulator, and a tank reactor is often used. The polymer slurry from the polymerization tank is passed through the flash tank, the gas-liquid separator to the powder dryer, and then granulated. The production process also includes steps such as solvent recovery and solvent refining. Different polymerization kettles can be combined in series or in parallel to obtain products with different molecular weight distributions.

The polymerization is carried out in a solvent, but both ethylene and polyethylene are dissolved in the solvent, and the reaction system is a homogeneous solution. The reaction temperature (≥140℃) and pressure (4～5MPa) are high. It is characterized by short polymerization time, high production intensity, and can produce polyethylene with high, medium and low densities, and can better control the properties of the product; however, the polymer obtained by the solution method has low molecular weight, narrow molecular weight distribution, and solid material. The content is low.

Ethylene is polymerized in the gaseous state, generally using a fluidized bed reactor. There are two kinds of catalysts: chromium series and titanium series, which are quantitatively added into the bed from the storage tank, and the high-speed ethylene circulation is used to maintain the fluidization of the bed and eliminate the heat of polymerization. The resulting polyethylene is discharged from the bottom of the reactor. The pressure of the reactor is about 2 MPa, and the temperature is 85-100 °C.

The gas-phase method is the most important method for the production of linear low-density polyethylene. The gas-phase method eliminates the process of solvent recovery and polymer drying, and saves 15% of investment and 10% of operating cost compared with the solution method. It is 30% of the investment of the traditional high pressure method and 1/6 of the operating fee. So it has developed rapidly. However, the gas phase method needs to be further improved in terms of product quality and variety.

Using a chromium-based catalyst supported on silica gel, in a loop reactor, ethylene is polymerized under medium pressure to produce high-density polyethylene.

What is the Production Process of Polyethylene